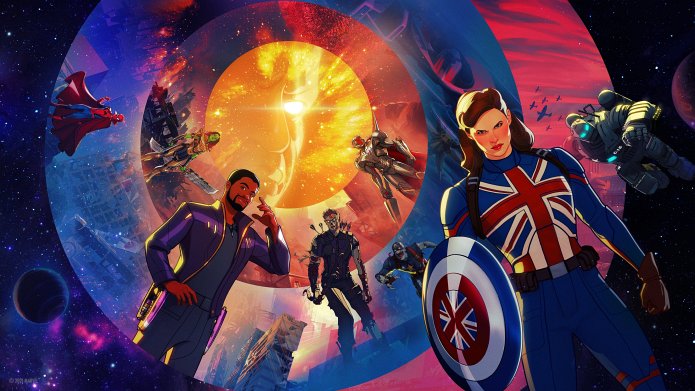 Disney+ did not announce the release date for ‘What If…?’ season 2. As of June 2022, What If…? has not been renewed for a second season yet. There was no official announcement. This doesn’t mean the series has been canceled. Here's what fans need to know about season 2 of What If…?, as we continuously watch the news for updates.

What If…? is a animation TV show starring Hayley Atwell, Josh Brolin, Dominic Cooper . The series currently has a 7.4 IMDb rating with 99,087 votes.

PLOT: Exploring pivotal moments from the Marvel Cinematic Universe and turning them on their head, leading the audience into uncharted territory. Don't forget to visit What If…?’s official website and IMDb page.

When does What If…? season 2 come out?

What If…? has not been cancelled. Originally, Disney+ released What If…? on Sunday, August 1, 2021. There have been one seasons thus far. As of today, Disney+ has not renewed What If…? for season 2. The release date for the another season is not scheduled.

Below is the latest status of What If…? season 2 as we continuously monitor the news to keep you updated.

Sign up to receive updates and get notified of the What If…? season 2 premiere.

What time does What If…? start?

You can start watching previous What If…? episodes at 3:00 AM ET / 12:00 AM PT on Disney+. At the time of the writing, season 2 of What If…? has not been officially announced. As more information is released, we will continue to update this page with the latest news.

Where & how to watch What If…?

You can stream What If…? on Disney+.

What If…? parents guide

What If…? is rated TV-14. Programming rated TV-14 in the United States signifies content with parents strongly cautioned. This rating is equivalent to the MPAA film rating PG-13.

When did What If…?’s season 1 premiere?

Below are interesting links related to What If…?:

Our editors use publicly available data from sources such as IMDb, TMDB, and TV Guide to make sure that What If…? season 2 premiere date information is right. Please get in touch with us if you see a mistake or have news about the new season.